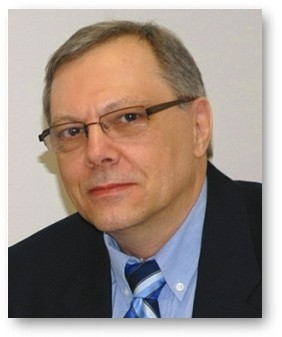 An Ottawa native, Bill Williams worked for many years in retail, mainly in his father’s store, Hobbyland, a well known Ottawa landmark while it was in operation. While working there Bill did every job involved in its operation including sweeping the floor, dealing with customers, evaluating staff applications, writing advertizing copy, buying merchandise and doing various management functions.

Bill served as Membership Director and then Secretary with the Ottawa Valley Associated Railroaders (OVAR), a model railway club. He served as Newsletter Editor, Vice President and President of the Capital Marine Modelers’ Guild. In the 1980s he joined the Bytown Fire Brigade, for which he has served as Secretary and Editor of The Bytown Trumpet.

He met Will Brooks when Will became a member of Bytown Fire Brigade. In 1997 on a work night at the Bytown Brigade headquarters while Bill and Will were discussing possible directions for the Bytown Fire Brigade they discussed the idea that there should be a national memorial monument in Ottawa for Canadian fallen firefighters. They decided that they would take this on and make it happen. Georges Potvin was not at that meeting that night but Will had been working with Georges and his participation was assured.

Starting from that point without any knowledge of how to accomplish the task they had set Will, Georges and Bill planned, made contacts, asked questions, promoted, researched and developed the objectives and organizational aspects of what is now the Canadian Fallen Firefighters Foundation/Fondation canadienne des pompiers morts en service, for which they signed the incorporation papers on May 28, 2003.

At an early Canadian Fallen Firefighters Foundation board meeting on introducing himself, Bill said that what he had mostly been involved with was making lists. One of the important lists Bill had been making was the list of the known Canadian firefighters who had died in the line of duty. At that time there were about six hundred names on the list. From the time he set up the database for the list until he stepped down from the board of directors Bill kept and maintained the master list of the fallen.

Very soon after the Foundation achieved its charitable status in late 2003 Bill and several other board members became heavily involved with the enormous amount of work that went into creating the first annual Canadian Fallen Firefighters Memorial Ceremony on Parliament Hill.

Bill is proud of what he contributed to the Canadian Fallen Firefighters Foundation and to the creation of what he is sure will be a world class memorial that will measure up to the contributions of the many Canadian firefighters that the monument will honour.